IVF treatment has assumed a prominent role in the management of infertile couples. In yellow box

Since the birth of Louise Brown, world's first 'Test Tube Baby' on 26th July 1978, Assisted Reproductive Technology has become frontier of infertility management. Millions of babies are already born the world over by various ART procedures. The IVF-ET procedure involves the extraction of oocytes, their fertilization in the laboratory or test Tube Baby center in Amritsar and transfer of embryos at 6 to 8 celled stages into the uterus of the woman.

Indications Poor Semen Quality,
serum. The success or failure of IVF-ET strongly depends upon the indications for which the patient is taken for this procedure.
Procedure It is a multistep procedure and every step is closely monitored by ultrasound.
i) Down Regulation The natural production of egg in the patient’s ovary is checked by suppressing the release of hormones with drugs or nasal spray. This establishes the baseline from where to start the ovarian stimulation.
ii) Hyperstimulation of Ovary The ovaries are hyper stimulated to produce 10-15 mature oocytes by subjecting the patient to one of the many protocols available for induction of super ovulation 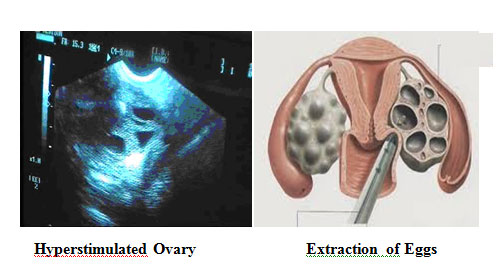 iii) Maturation of Eggs Finally, the HCG injection is given nearly 36 hour to ensure the proper maturation of eggs. The semen is washed off the cells, debris, bacteria, malformed sperms, which optimizes the concentration of motile sperm. Many such techniques are available to isolate motile sperm. After 34-35 hours of HCG injection, the oocytes are taken out under the guidance of transviginal sonography. This procedure is performed under general anesthesia. Nearly 80% eggs are retrieved. After retrieval, the oocytes are identified under a high powered microscope and placed in a culture medium. Processed sperm are added to the culture 4-6 hours after retrieval. There should be approximately 50,000 sperm/oocyte. After a day of insemination, careful observations are made for embryo formation. 60% - 80% of the mature oocytes will fertilize. To ensure success rates, choose the Best IVF Treatment Centre in India. 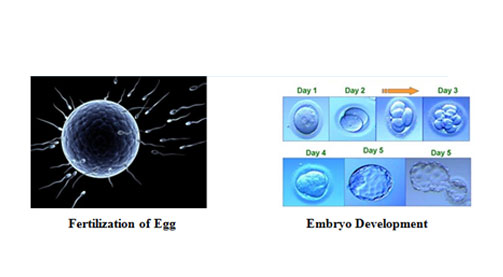 vii) Embryo Transfer At four to eight-celled stage which is generally attained after 48 hrs, two or three embryos are transferred to the uterus of the woman through vaginal route. Although the transfer of more than one embryo poses a potential risk of multiple pregnancies but the chances of pregnancy are enhanced. The actual numbers of embryos to be transferred are decided according to the age and medical condition of the woman. 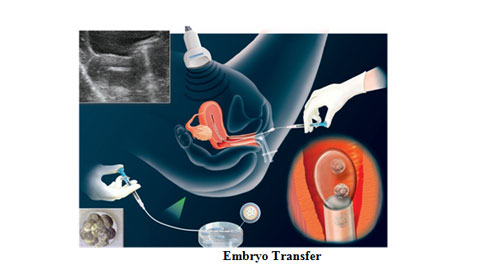 viii) Confirmation of Pregnancy Fourteen days after embryo transfer, a pregnancy test is carried out. If there is pregnancy, the progress of embryo development is monitored by regular check ups through ultrasound. IVF treatment in Amritsar, Punjab success rate is nearly 30-40% all over the world. The overall carry home baby rate is 25-30% per cycle. 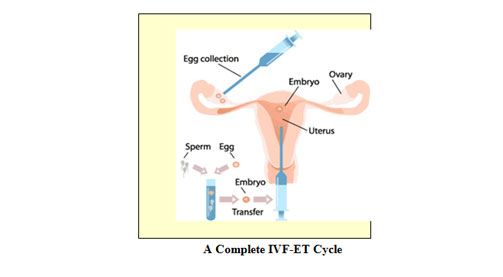